Week 8 – Huh, I thought we were almost ready to launch the app?

Minor bug fixes aside, I thought we were ready to launch. I was wrong.

This has bummed me out because I thought that once the minor bugs were fixed, that we would be ready to launch and everything would be hunky dory. Man was I wrong. There was more…

There was also the discussion to understand if some of the bugs were indeed bugs, or whether they were new features. Huh, what the? What do you mean new features? Well, after playing with the app, I found more things that I could add to it, but these were ‘technically’ new features, and the contract I had signed did not account for it. Oh crap!

Here I thought that I was incredibly close; that I could launch the app in the next week or two. But now it’s going to be pushed out by another “few weeks”. So I’m kind of conflicted here : I’m upset because I have talked to and told friends and family about this for a few weeks now and I had built it up not only in their minds… but in mine as well. On the other hand, I am really happy that we found these bugs because I would hate to launch a faulty product. Can you think of the backlash?

What is helpful is that I’m going to meet with the development team face to face today to work through each of the bugs and re-establish delivery timeframes. I’m glad that I can do this face to face because this would be difficult if I was working with a team overseas or in different locations. Imagine trying to organise everyone over a Skype conversation. It’s not impossible; it’s just harder to do and something that I really can’t be arsed doing.

Now after playing with the app, I’ve found some cool new things we can add. But I’m at a point where I don’t want to spend more money building an app that is bigger than Ben Hur. If I did that then I’d be waiting for ever. Instead what I’m going to do is launch the app with the features that it currently has, and then when I get more money, I’ll add to the app and release a Version 2 upgrade – I can’t believe that I am already thinking about version 2! 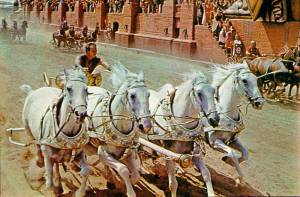 Lets get the app right…. before making it “bigger than Ben Hur”

On another note, I almost forgot about this: last week we offered the chance for five people to receive a limited edition version of the app. Thank you to everyone that has entered so far. We will be drawing this very very soon 🙂

Enter your name and email address in the comment box below for your chance to be ONE of FIVE people to help test The Birthday Genius!

Lessons learned from this week :

Have any of you had these kinds of challenges with developing apps – would love to feel a little normal here?